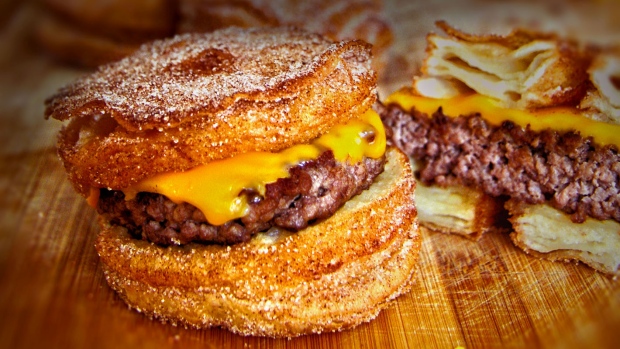 You know about the cronut, right? No? Well, you should (also, how’s life under that rock?). It’s a relatively new culinary creation involving croissant batter which is deep fried, and made into a donut. It’s a hit amongst people with taste buds and of course it was only a matter of time before someone decided to take it and use it as a burger bun. Behold the Cronut Burger, which will be served at the Canadian National Exhibition in Toronto, starting on August 16 and ending on September 2. That’s right, American folks: your friendly neighbors to the north just one-upped you, right in the food (*cue commenters informing us of how outrageous this claim is*).

Courtesy of the bakery Le Dolci and Epic Burgers and Waffles, the Cronut Burger will be available for $10.