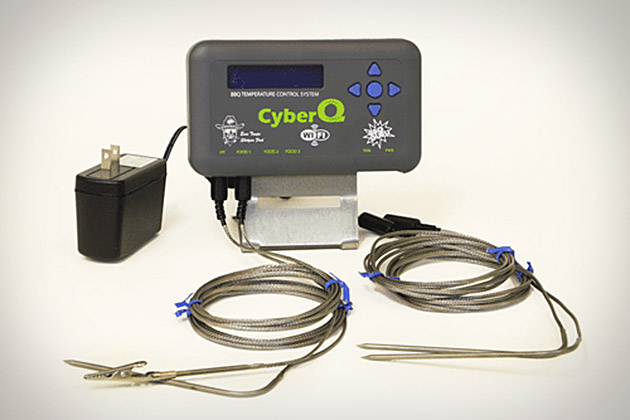 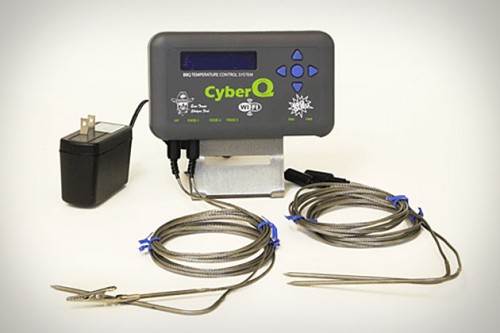 We tried our hands at using a smoker here at OhGizmo HQ once. The meat that resulted was sooty, tough, acrid, bitter and just plain gross. That’s probably because we had no idea what we were doing and the smoker we were using was cheap. But even with a better quality smoker and half a clue as to what to do, it’s pretty hard to get it right. The CyberQ Wifi device wants to make it as simple as possible. Featuring one pit probe as well as three food probes, it keeps an eye on temperatures and relays this information to you via Wifi. You can be in your living room and monitor the cooking through a smartphone. And even if you’re not looking at your phone the entire time, alarms can be setup for when temps deviate too far up or down from a set goal.

But the CyberQ Wifi is more than just a remote thermometer. As we understand it, it’s able to actually control your pit, raising or lowering temperatures itself as needed. Seeing as we’re still BBQ noobs, we don’t really understand how it does this. But from the looks of it, the $295 it will cost you appear to be money well spent.