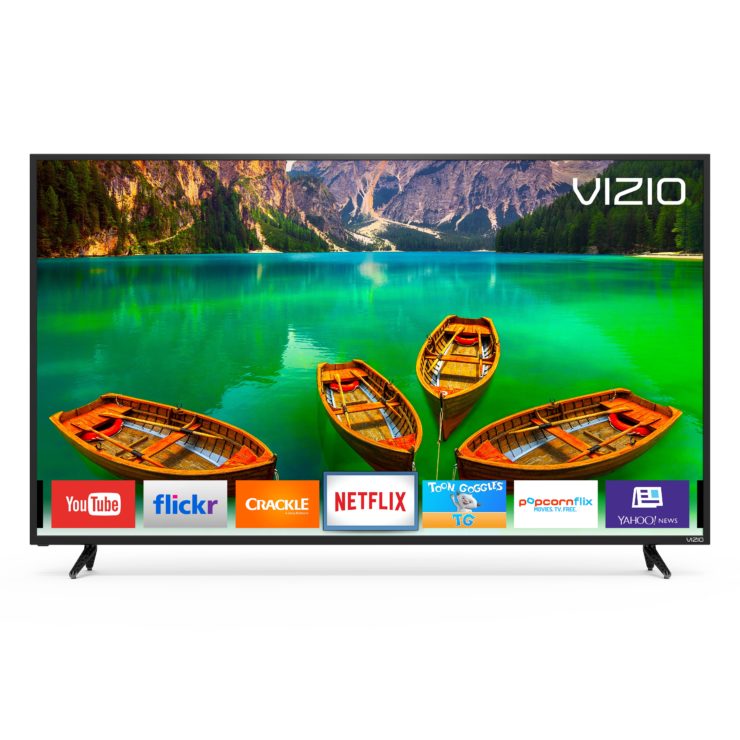 I’ve had the opportunity to test out one of Vizio’s TVs for the last few months, the 65 inch D65-E0. I’ve come away impressed with it, both with the quality and the sharpness of the image. It’s a full 4K set, with small bezels and a small footprint. The blacks are black, the whites white, and it overall offers an experience I’d have trouble distinguishing from sets that cost considerably more.

VIZIO’s D-Series of HDTVs offer value-minded consumers a wide array of home entertainment options. Picture quality options on various models include HD, Full HD, and even 4K Ultra HD in select models in the 43” class size and above. Most D-Series’ models feature VIZIO’s Internet Apps Plus Smart TV platform for simple access to stream TV shows and movies from Netflix, iHeartRadio, and other popular apps. A handful of newer models have recently been introduced with VIZIO’s SmartCast platform—on 24, 43 and 50-inch models—which includes Chromecast built-in and on- screen. VIZIO’s D-Series also includes a built-in Digital TV tuner for those who utilize an off-air antenna to receive free, over-the- air broadcasts. The D-Series truly has something for everyone.