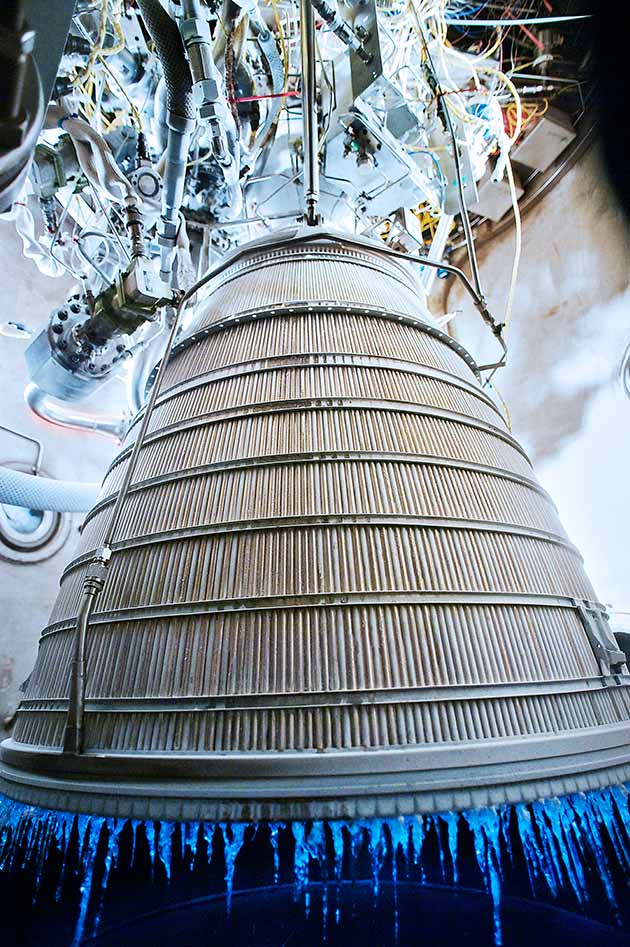 NASA’s new Pratt & Whitney Rocketdyne Common Extensible Cryogenic Engine (CECE) runs on hydrogen and oxygen. The H and O combine, igniting into 5,000 degree steam and releasing a whole heap of energy in the process. So how in the heck does the engine form icicles while it’s running? Well, the hydrogen and oxygen are stored as liquids, and to stay liquid, they have to be very, very cold: the hydrogen measures a rather nippy -423 degrees F. As the hydrogen circulates around the engine, it cools everything way, way down, and when the super hot steam exits the super cold engine, it condenses into water at the edges and then freezes into icicles.

The CECE is called “deep throttling,” which means that the thrust can be adjusted from 8% all the way up to 104% of its maximum rated output of 13,800 pounds of thrust. It’s designed to take people back to the moon, along with all of the crap they’re gonna need to make themselves at home there for a while.

Hit the link for a nice big pic. 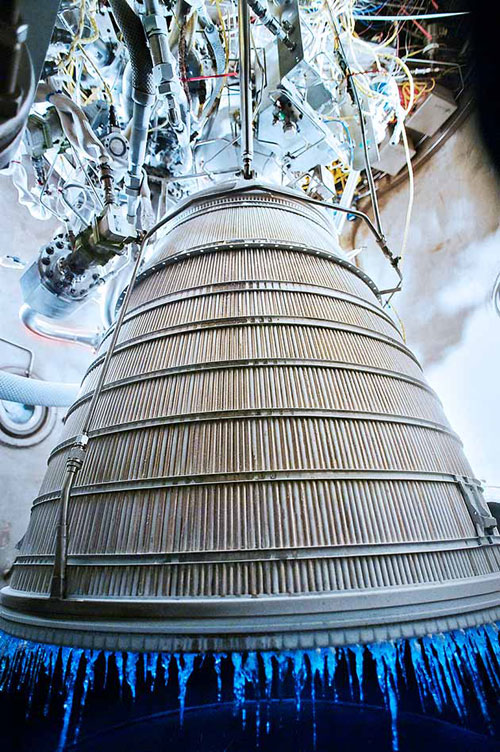