No… It probably isn’t. Bike people like to make fancy one-offs for shows, and the Akrapovi? Full Moon is just one example of this. It’s one of the more outlandish and futuristic looking bikes we’ve come across, and we’re impressed it comes from the Slovenian exhaust maker. Considering how deeply integrated the rear of the motorcycle is to the exhaust, we imagine the entire project is a fancy way to showcase their bread and butter.

December 6th was reserved for the spectacular unveiling of a secret project that took over 800 hours to complete, set to coincide with the full moon. Following the trail of Morsus and Mashina, the latest addition to this radical family wowed the crowds with its immense thirty-inch front wheel, as well as its equally outrageous body that forms an integral part of the Akrapovi? exhaust system, making the bike itself essentially an exhaust.

There’s no word on what exactly happened with the bike after the show, whether it was sold or kept by the company to show off again at a later date. Either way, we decided to write about it because we like bikes and think this is some sweet eye candy. 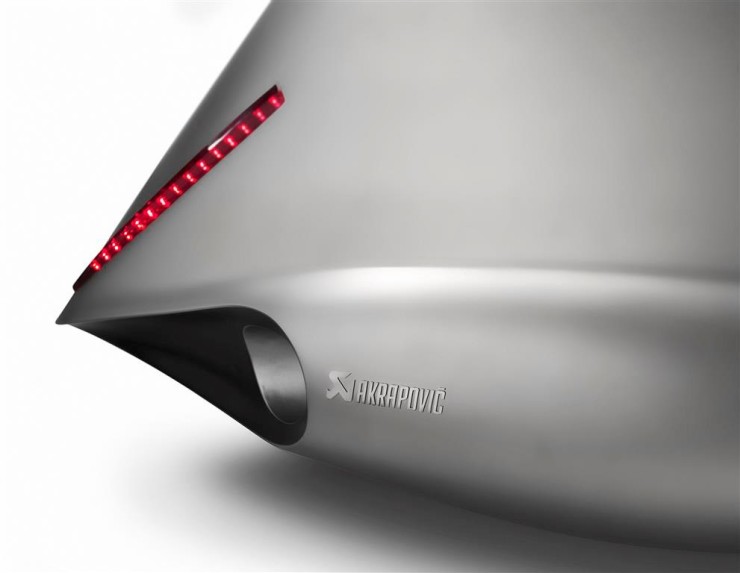 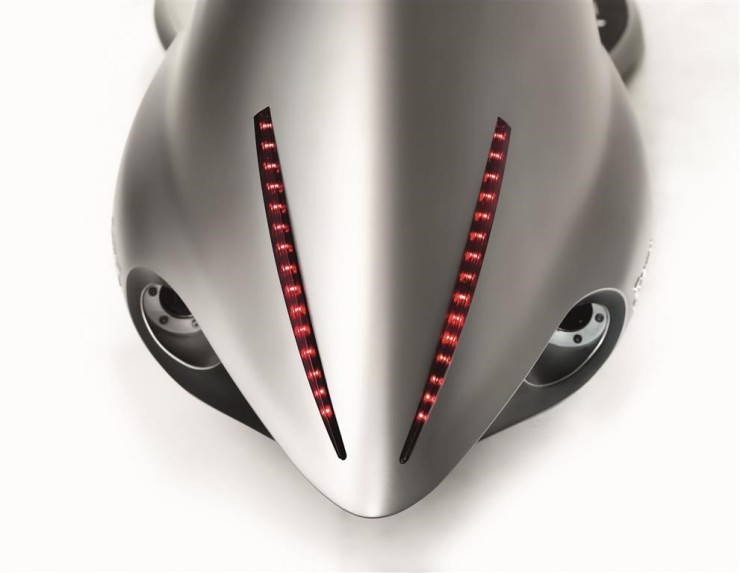 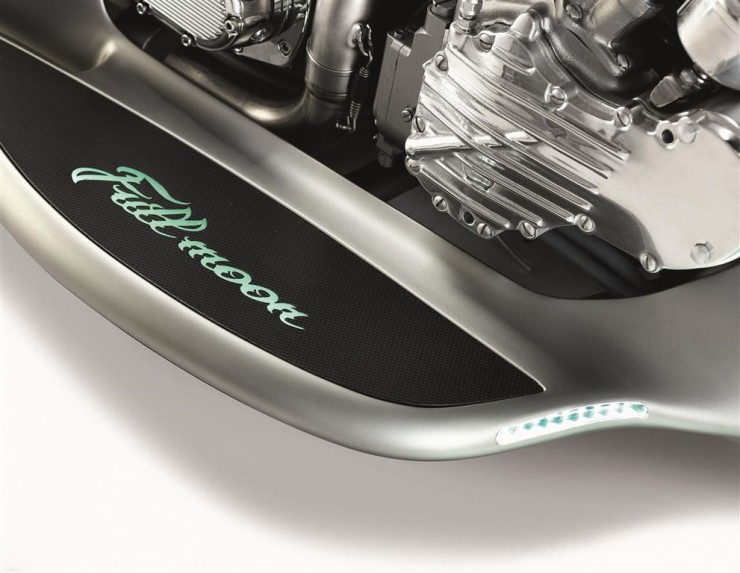 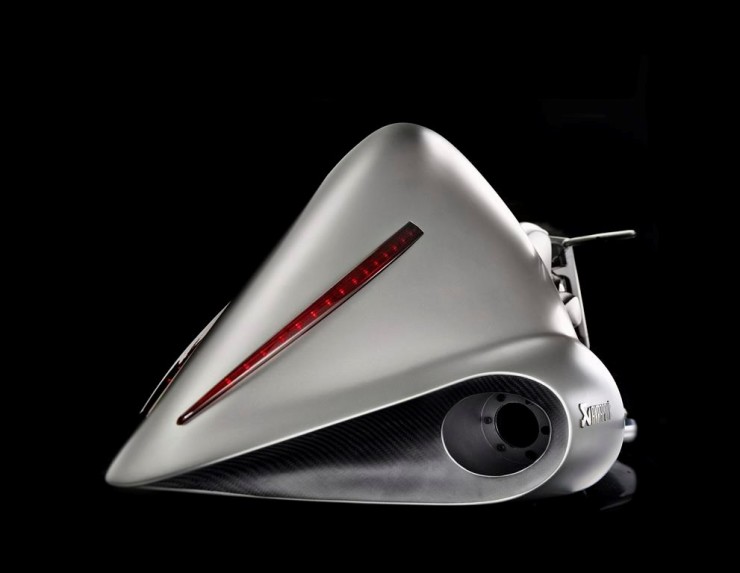