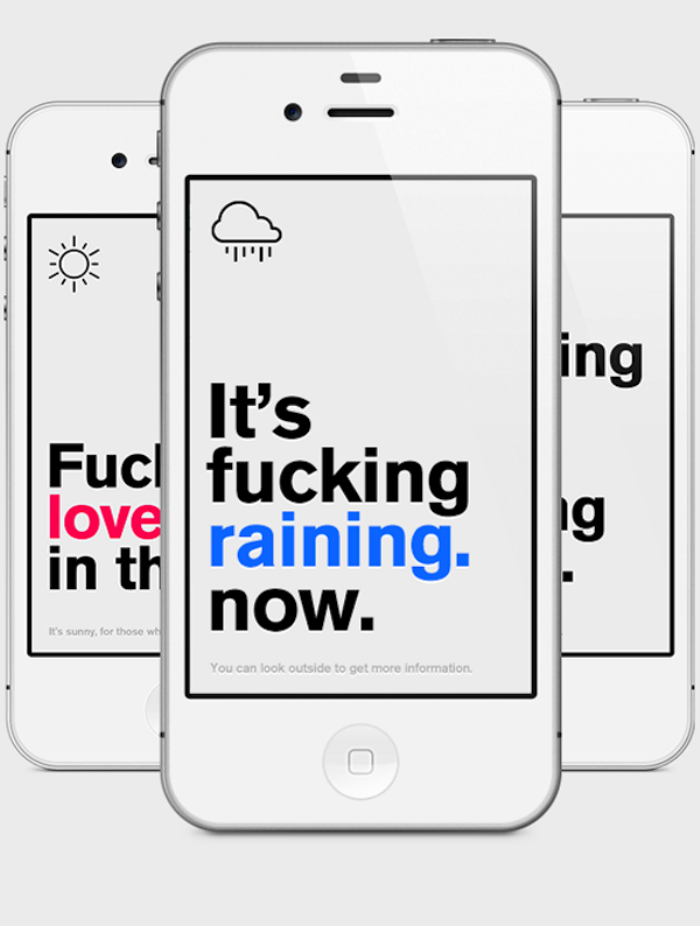 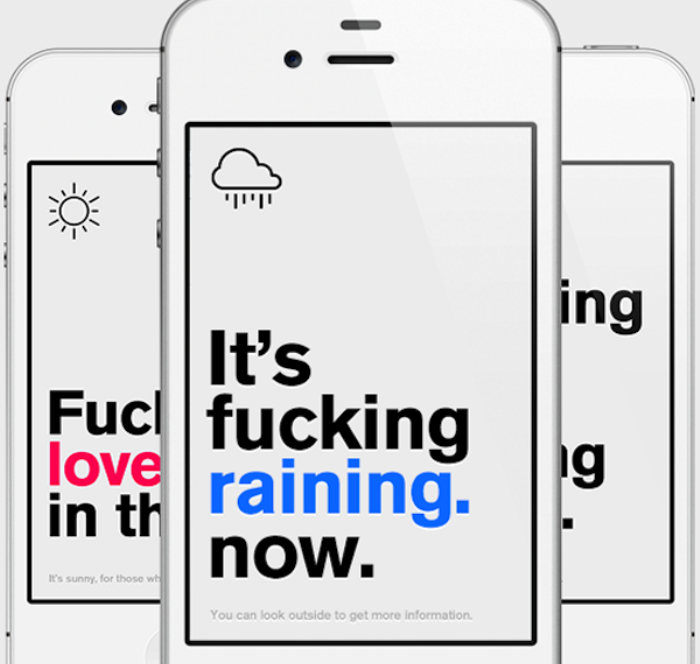 Everyone else who thinks weathermen should just tell the weather as it is, say “Aye!” For some reason, quite a number feel the need to take their sweet time when they’re talking about the day’s forecast. Normally, I wouldn’t mind, but if I’m already running late, then I’d like to at least hear what to expect before I rush out the door.

Maybe it’s because weathermen everywhere want more airtime or feel that it’s so important to tell you about the tides and the wind directions, but you don’t have to put up with all that anymore. Not if you’ve got the Last Weather app.

This app gives you the forecast straight up and it isn’t afraid to drop a couple of F-bombs along the way.

Created by Marco van Hylckama Vlieg, the app is humorous as it is useful. The bad news is, unless you’ve got a BlackBerry, then you can’t get this for your phone. Marco plans to put the app on iTunes, but it might take a while longer, as he explains: “Apple isn’t much into this sort of human language, so it might take a bit longer.”