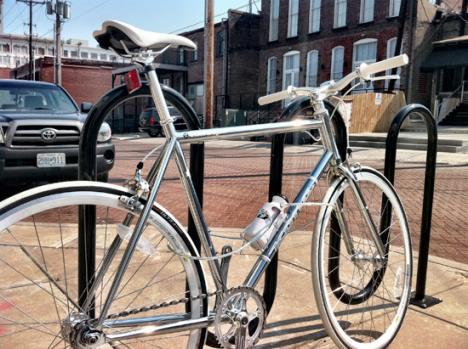 It’s a little sad that we live in a world where we constantly worry about someone stealing our possessions. After all, it’s a hassle to lock up your bike every time you need to park it somewhere. I mean, you could risk it and just not bother, but if it does get stolen, you won’t be happy at all. Wouldn’t it be better to just deal with having a lock? Heck, you could even get an inconspicuous one like this Bottle Lock.

The bottle lock looks much like an ordinary water bottle, and fits in the appropriate holder found on most bikes. Just pull out the 5′ cable, loop it around something sturdy (don’t forget to loop it around the bike frame) and then lock the end back into the “bottle.” If you’re wearing a pair of those tight bike shorts and don’t have room for your keys or cash, there’s even a place in the bottom to store small items such as those. At $34, it isn’t going to cost much more than an ordinary lock, and looks a lot better when not in use.