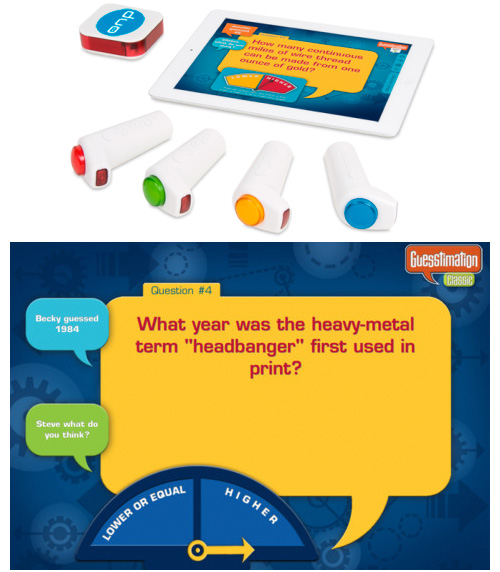 I’m still not convinced the iPad is quite large enough to be used by more than a couple people at one time. But clearly I’m in the minority, as Discovery Bay Games has released another ‘appcessory’ that turns the iPad into a multiplayer quiz game. Available now for ~$40, the game comes with a set of 4 wireless poppers (and a base station) that lets players buzz in to answer or participate in a series of games or quizzes. At the moment there are 3 titles to choose from: Guesstimation – Duo, Highlights Hidden Pictures Countdown, and Saturday Night Live – The Game, all available for free from the iTunes App Store. I’m assuming more titles are enroute as well, but to extend their replay value each game also has additional content available as an in-app purchase.