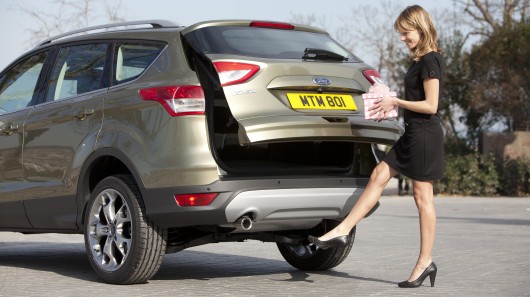 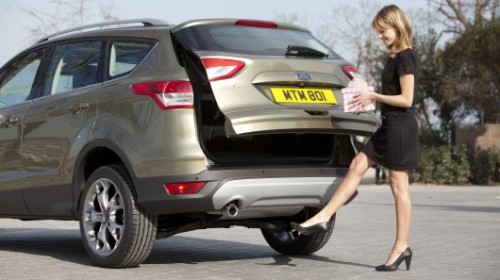 Proving that good ideas can happen even in unlikely places, Ford recently unveiled a pretty awesome feature on the SUV Kiga: a rear hatch door that opens with a kick, so you don’t have to put the groceries down. No, not Russian style, break-the-darn-door-down kicking, but a light foot motion that is detected by a carefully calibrated sensor. It only works if you have the key fob on your person, so it’s not like a random passerby could do it. And Ford spent six months at the ” Human Machine Interface laboratory, tweaking the system with the help of volunteer kickers that tested the motion sensors. They ensured that the system distinguishes between actual kicks and other motions – say a pothole in the road – so that the tailgate doesn’t inadvertently pop open when you least expect it.”

Oh and the Kuga is a European car. This feature has been available on the Ford Escape since last November. Did you know? The news here is that “Ford engineers re-calibrated the system for Europe to ensure it would still work if a tow bar had been fitted – as this is an option frequently chosen by European Kuga customers.” Still, it’s the first we hear of it. So there you have it.