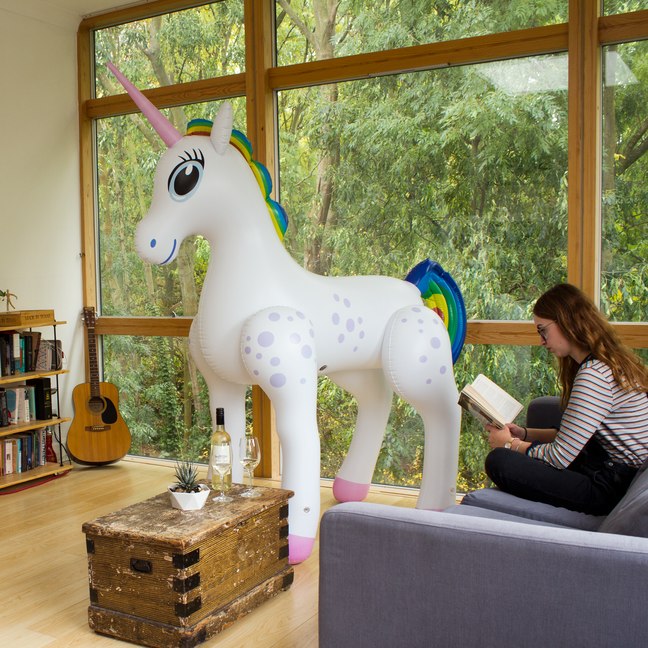 See, the thing about unicorns is they tend to want to run around a lot, and they poop Skittles all the time. It’s simultaneously delicious and annoying. Better to opt for a calmer life and get yourself this Giant Inflatable Unicorn. At 7 feet tall, it’s almost as big as the real thing. It doesn’t do a darn thing, and that’s kind of the point. You could use it instead of a Christmas tree, we suppose. It’s £49.99, which is roughly $62USD. 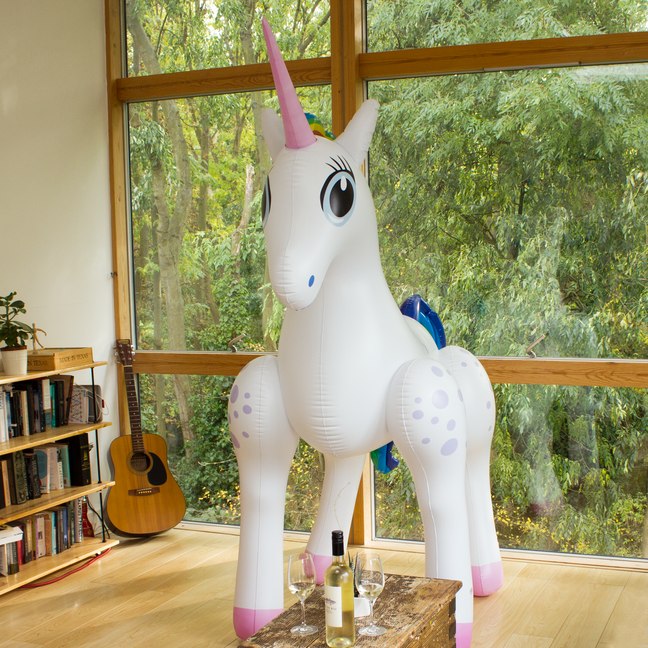 [ Get The Giant Inflatable Unicorn ]