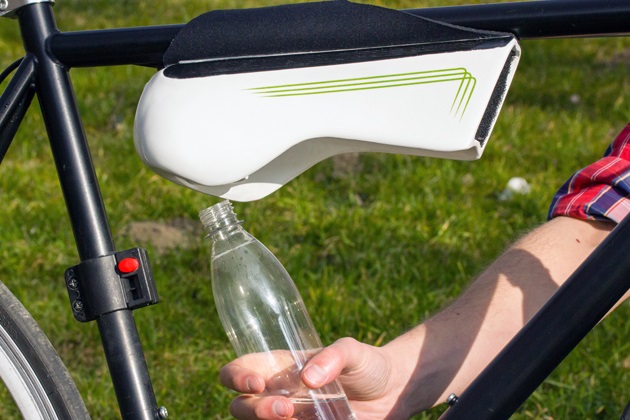 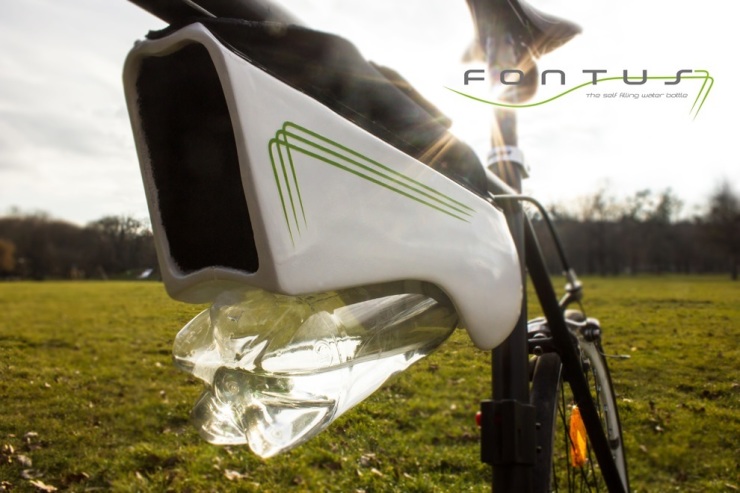 There’s water all around you, and lots of it is in the air you breathe. Getting it out of there and into drinkable form, however, takes a bit of effort. Austrian design student Kristof Retezár has come up with an ingenious device called Fontus, which uses solar power to extract moisture from the air and funnel it into a bottle. It’s meant to be attached to a bicycle, and uses the passing wind (from the forward motion of the bike) to accelerate the extraction process, reaching speeds of 0.5L an hour. This means you could drink a standard bottle of water every for hour you cycle, given the right climactic conditions. The extraction is accomplished through the use of a Peltier Element, which features two metal plates of opposing temperatures, one hot and one cold. Running warm moist air through the cold element condenses the humidity, which then just needs to be collected.

It’s just a prototype at the moment, and there doesn’t seem to be any plans for commercialization. But the product could be very interesting for outdoors enthusiasts who might want to venture out, away from the grid, for extended periods. 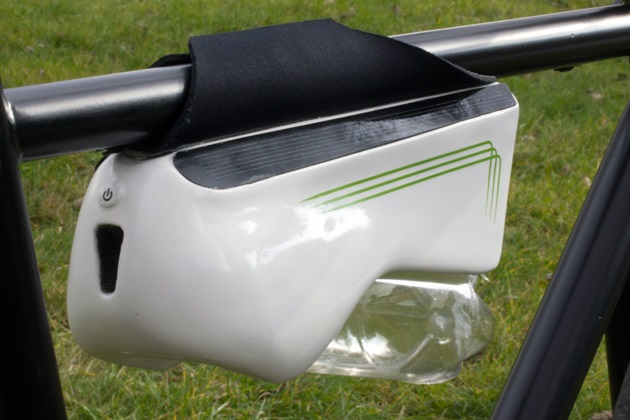 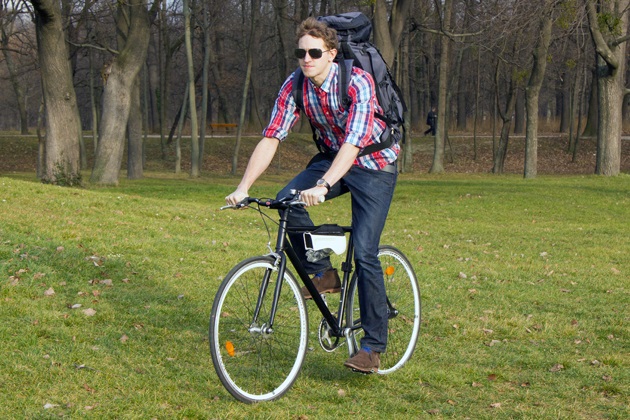 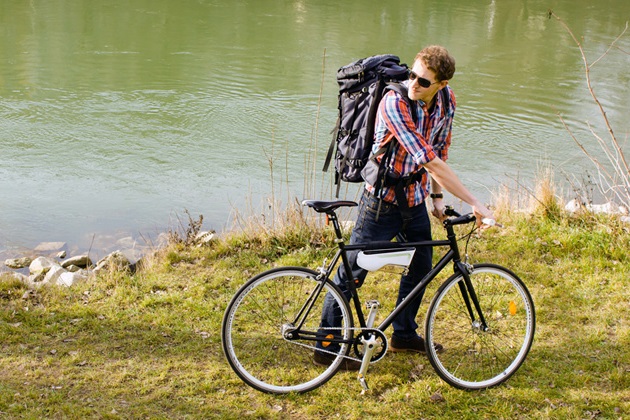