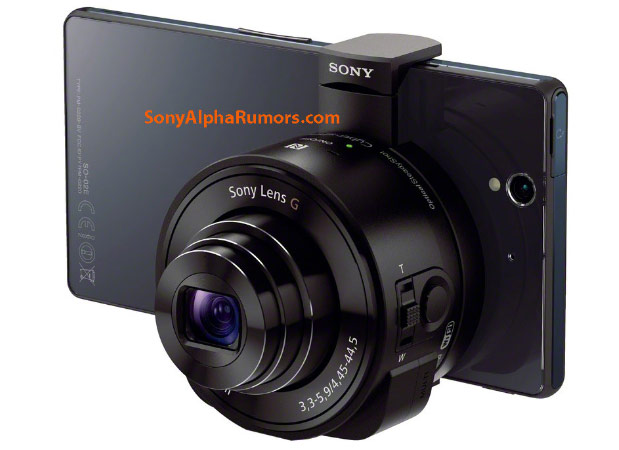 Another camera? Yawn, right? Well, not quite. We’re actually really intrigued by the rumored DSC-QX10 and DSC-QX100 from Sony. These are not cameras, at least not complete ones. They’re meant to be attached to a smartphone (iOS or Android), and operated through the on-screen buttons, but the “cameras” lack a display, even a shutter. What they do have is “a sensor, processor, zoom lens, WiFi connectivity and an SD card slot.” Not just any sensor and lens, mind you, but the vaunted 1 inch RX100 Mark II sensor and Carl Zeiss lens in the DSC-QX10. The QX100 will get a “larger 10x focal range and a 1/2.3-inch 18-megapixel CMOS sensor.” So yeah, you might be able to squeeze some pretty high quality shots from your phone… but really it’s not your phone anymore, now is it? Granted it’s not a full fledged dSLR either, so an argument could be made for portability. But these are crossover products and these can be hit or miss. The DSC-QX10 and QX100 are expected to be officially announced on September 4, for an as-yet-unknown price.