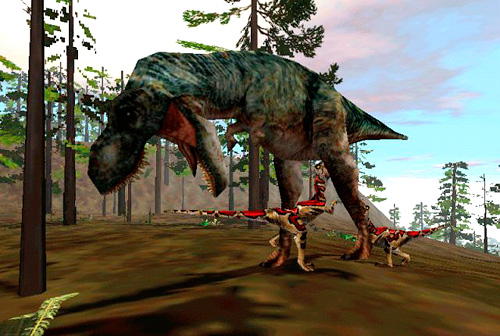 If you asked me to sum up the 1998 DreamWorks Interactive title Trespasser in just a few words, I’d have to say it was hands down the worst game I ever loved playing. Before Trespasser was released, it seemed to have everything going for it like a unique control system which eliminated a cluttered HUD, open-ended gameplay, cutting edge graphics, a robust physics and AI system and even a real-time foley engine for generating and mixing sound effects on the fly. Not to mention the fact the game was based on an insanely popular film franchise, and it involved dinosaurs! But in the end, Trespasser as a whole was definitely not greater than the sum of its parts. In fact, it was far less.

A long list of development issues had plagued the game, including an ever expanding budget and a race to release the title in time for Jurassic Park’s sequel. And it resulted in a final product that didn’t even come close to the ridiculous amount of hype that Trespasser had generated before its release.

And while I (and most reviewers) considered Trespasser to be an incredible disappointment, I still really enjoyed playing the game, at least as far as it allowed me to. One of the biggest problems with Trespasser was the unending list of bugs that made the game both hilariously entertaining, and frustratingly impossible. While it was quite amusing to see a Triceratops suddenly jump 50 feet into the air for no explicit reason, you could end up in tears trying to perform a simple task like stacking a few crates in order to traverse a broken staircase. But the game still had those rare moments when all of the elements worked together like they were designed to, and while hiding behind a rock watching a pack of Velociraptors go after a T-Rex, it kind of made you forget what Trespasser could have been. Hey Valve, any chance you’d be interested in taking over the reins and cooking up a sequel for us?