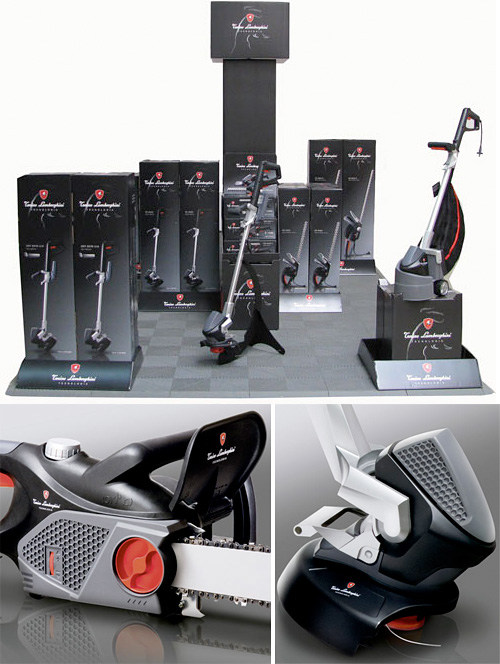 Porsche has been licensing out their name for a while now, resulting in everything from radios to toasters to pocket knives bearing their moniker, but Lamborghini has only just started doing the same. And while gardening tools might not have been at the top of everyone’s ‘what will bear the charging bull next?’ list, the company did start off building tractors after World War II. So it’s not that much of a stretch.

The collection includes grass trimmers, edgers, shrub shears, hedge trimmers and a chainsaw, all electric oddly enough, with some of the models even having rechargeable cordless options. The tools were designed and built by a German company called IKRAmogatec and surprisingly don’t appear to be jaw-droppingly expensive. The most expensive tool is the electric chainsaw which runs just over $200 (€154.99) while the cheapest is the basic electric trimmer which is ~$98 (€74.99).