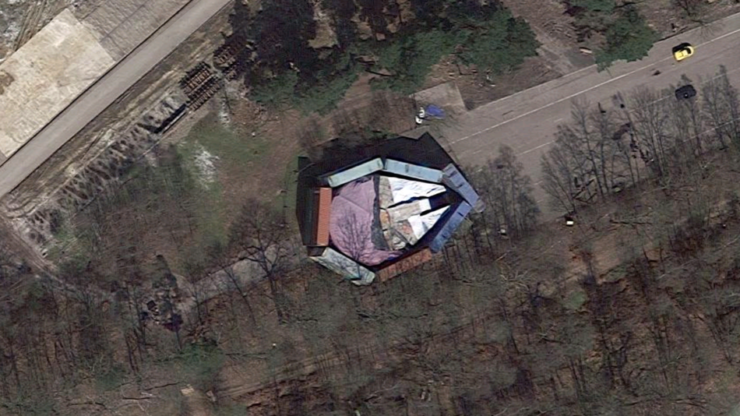 If you were driving down the M3 outside of London, you may have seen an array of shipping containers. Now, to most people that’s where the story would end as it’d be nearly impossible to get a look inside the array from the ground, but some geniuses decided to use Google Maps and discovered a poor attempt at trying to hide a Millennium Falcon.

It was first spotted in June, and while parts of Star Wars: The Last Jedi were filmed in London, there’s no clear reason why Disney was trying to hide the spaceship. Nonetheless, they completely failed. I mean how hard is it to get a tarp, or two?

The Last Jedi releases on December 15th, but you probably already knew that.