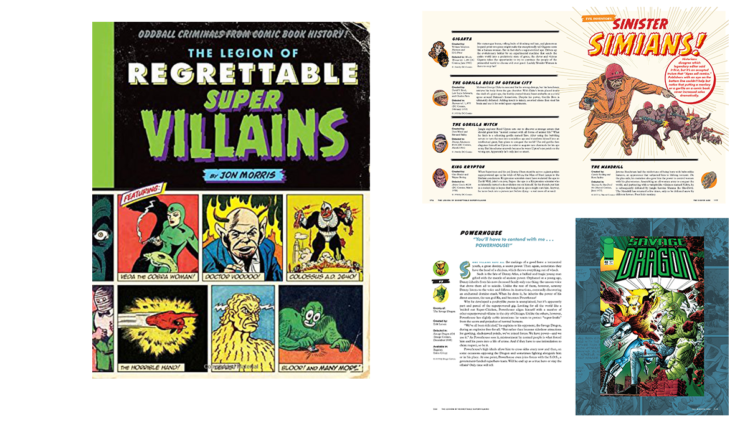 What’s the best aspect of old 60’s and 70’s comic books, it’s not the campy writing, identical art styles, or bright colors, it’s the terrible superpowered characters with no originality or creatively at all (I thought everyone was doing acid?).

Well, now’s your chance to own some of comic history’s most forgettable supervillains! Featuring such villains as Doctor Voodoo, The Horrible Hand, and Bloor, who could forget Bloor! The book also features some of comic’s most obvious and awful knockoff characters such as The Clown, Cat Girl, and my favorite, BrickBat, a knockoff of Batman that uses bricks to solve his problems. I smell a movie franchise, oh wait, the cat box needs changing.

It’s available now on Amazon for $16, and would make a perfect gift for that friend who thinks old comics are the best ones.